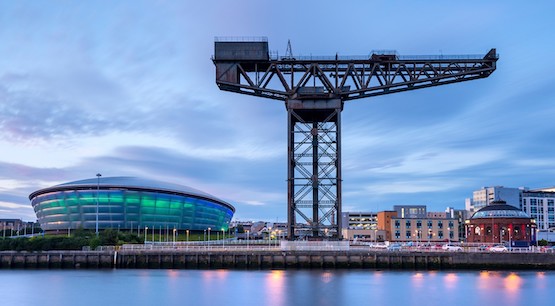 That’s more than three times the employment number increase for London, estimated at 806, and more than half the UK total of 4,443.

At a city level, Glasgow was the second most attractive city in the UK for financial services FDI in 2019, having secured more than three times the number of projects of Edinburgh.

The sector’s contribution to Scotland’s overall FDI figures also increased from 7.4% in 2018 to 7.9% last year.

Sue Dawe, EY’s Head of Financial Services in Scotland, said: “In a year where both Europe and the UK experienced a fall in their numbers of financial services foreign investment projects, it is positive to see Scotland demonstrating relative resilience and bucking the trend with an increase in project numbers.”

Scotland was the second most attractive destination in the UK for financial services FDI while London topped the list with 67 projects (68% of the UK total).

Yorkshire & Humber moved up into third place with six recorded projects while the North West recorded a decline in projects for the second year running and was ranked fourth.

Dawe added: “Across all sectors, Scotland is an attractive proposition for foreign investors, as demonstrated by the increase in the total number of FDI projects in 2019.

“This legacy of appeal and strong performance offers confidence in Scotland’s ability to continue to secure healthy numbers of FDI as we emerge from COVID-19.

“As the economy shifts to become increasingly digital, sustainable and inclusive, the financial services sector must continue to innovate and evolve in order to remain at the forefront of change and hold its position as an international leader.”