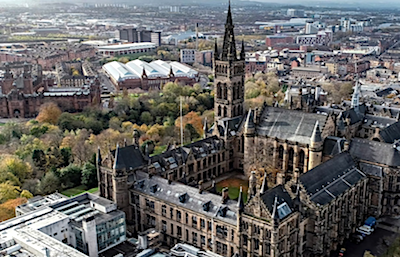 Morgan Sindall Construction said on Tuesday it has won a place on the University of Glasgow’s new £250 million capital projects framework.

“In its estates strategy, the research intensive institution has outlined plans to invest in its Gilmorehill Campus, Garscube Estate, and the various satellite campuses around the city, in a bid to drive up its research standing, attract the very best academic staff, and provide a sustainable 21st century learning environment for the next generation of world changers.

“Projects are expected to include a mixture of new build, and refurbishment of existing laboratory, teaching spaces, offices, and student accommodation.”

Stuart Parker, Morgan Sindall Construction’s managing director in Scotland, said: “Universities investing in their estates are increasingly looking for partners with sector-specific expertise in not only designing and building new flagship developments which can serve as a focal point on campus, but in sympathetically repurposing existing buildings – many of which are listed – to render them suitable for 21st century learning and research.

“Morgan Sindall Construction has this expertise and a successful track record of delivering on both of these fronts.

“We’re very pleased to have been selected by the University of Glasgow for its framework and look forward to working in partnership with the estates team to realise its vision in the years ahead.”