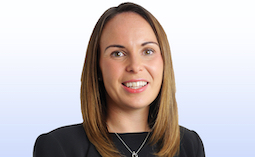 Aberdeen Standard Investments (ASI) has this week announced a number of key appointments in its funds invested in smaller companies.

Amanda Yeaman has been appointed as co-manager of the Aberdeen Smaller Companies Income Trust and deputy manager of the ASI UK Mid Cap Fund and ASI UK Opportunities Fund.

Yeaman joined the team in June 2019 with 10 years’ experience within smaller companies.

Since then she has worked closely with Glennie and Nimmo across the UK small and mid-cap strategies.

Tzoulianna Leventi and Liam Patel have been appointed as investment analysts creating an eight-strong team covering the range of small-cap and mid-cap funds.

Leventi joined ASI in 2018 as a graduate.

Her main responsibilities will be working with the team on all ESG-related research and engagement as well as stock research in Southern European small-caps and mid-caps.

His responsibilities will be researching new and existing small and mid-cap ideas within Asia Pacific ex Japan and Emerging Markets.

He will work closely with Kirsty Desson, co-manager of Global Smaller Companies as well as the wider global small and mid-cap team.

Aberdeen Standard Investments is the asset management business of Edinburgh-based Standard Life Aberdeen and it manages £456 billion of assets worldwide.

“Our strengthened team and extensive experience will ensure we continue to deliver for our clients.”