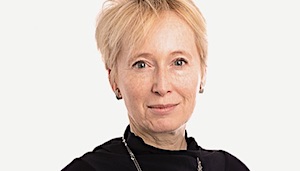 Edinburgh-based international oil and gas company Cairn Energy said on Friday that director Nicoletta Giadrossi will be appointed non-executive chair of the company with effect from January 1, 2021.

Giadrossi will succeed Ian Tyler who, after seven years on the Cairn board including six as chairman, announced in May this year that he would retire from the board on appointment of a successor.

“Nicoletta Giadrossi is one of the company’s existing non-executive directors and was first appointed to the board in January 2017,” said Cairn.

“She has extensive experience in oil and gas and other energy markets, both in executive and non-executive roles, including wide engagement on Environmental, Social and Governance issues.

“Her appointment as chair follows a thorough and comprehensive succession process and will enable an effective transition of the leadership of the board.

“In line with UK Corporate Governance Code recommendations, from 1 January 2021 Nicoletta will step down as chair of the remuneration committee (but shall remain a member of the committee) and will also retire as a member of the audit committee.

Cairn CEO Simon Thomson said: “I very much look forward to continuing to work with Nicoletta in her new role as chair of the board — she brings a huge breadth of knowledge and experience and will provide important continuity for Cairn as we position the company for continued growth and success.

“On behalf of the board, I would also like to thank Ian Tyler for his invaluable contribution as non-executive chairman of the company since 2014.”

Cairn said Giadrossi does not currently hold any Cairn shares.