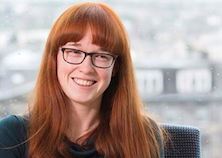 The £808 million Baillie Gifford US Growth Trust plc said on Monday its share price and net asset value (NAV) returned 50.8% and 53.8% respectively in the six months to November 30, 2020.

The trust’s investments include Moderna, one of the biotech firms which has been at the forefront of coronavirus vaccine development.

Tesla, Shopify Class A and Amazon.com made up almost 22% of its portfolio in the first half.

The closed end fund seeks to invest predominantly in listed and unlisted US companies which it believes “have the potential to grow substantially faster than the average company, and to hold onto them for long periods of time, in order to produce long term capital growth.”

The fund’s share price has soared about 120% over the past 12 months.

Baillie Gifford US Growth Trust is managed by Baillie Gifford & Co, the Edinburgh based fund management group with £335 billion under management and advice in active equity and bond portfolios for clients in the UK and throughout the world.

The update came as Baillie Gifford appointed Kirsty Gibson as co-manager of the US Growth Trust, joining Gary Robinson on the fund from March 1, 2021.

James Budden, director of marketing & distribution, Baillie Gifford, says: “Kirsty is a key member of the US Equities team and her appointment to the US Growth Trust is a natural expansion of her current role on our US strategy.

“The Trust has done well since launch and was one of the top performing stocks on the LSE in 2020. Kirsty’s appointment will without doubt add to its continued development.” 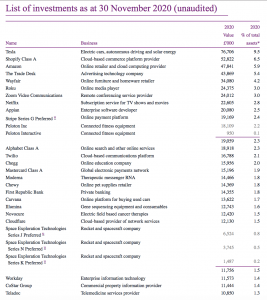