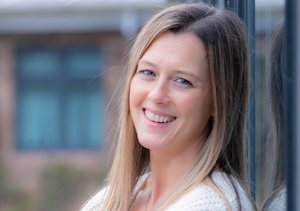 Mars Leach joins Iomart from professional services firm EY where she was responsible for brand, marketing and communications in Scotland.

Previously, she spent nine years at BIG Partnership, where she worked with clients including Deloitte, Transport for London, Royal Bank of Scotland, the UK and Scottish governments and the Commonwealth Games, and led the agency’s expansion into the north west of England.

She is the first new addition to Iomart’s management team since Reece Donovan was appointed CEO in October 2020.

Mars Leach said: “I’m joining iomart at an exciting time in its development, when there is a huge rise in cloud adoption.

“There’s enormous potential to widen awareness of the value we can bring to organisations as they re-shape their digital future.

“Iomart is an industry leader and a Scottish and UK success story whose progress I have followed over many years.

“I’m looking forward to bringing fresh insight and ideas into the business in order to accelerate our growth.”

Donovan said: “We are delighted to welcome Sharon to the iomart management team.

“She has a wealth of strategic experience gained from advising global companies and I look forward to working with her as we continue to drive our business forward.”