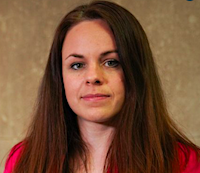 During the second quarter output in the construction sector grew 3.3%, output in production grew 3.5% and output in the services sector contracted by 5.2%.

GDP growth in this publication relates to Scotland’s onshore economy, which means it does not include the output of offshore oil and gas extraction.

Finance and Economy Secretary Kate Forbes said the figures were “a tribute to the adaptability and resilience shown by so many businesses during the pandemic”.

She said: “It is clear to see the growth in the second quarter reflects the removal of lockdown restrictions, increased mobility and the acceleration of the vaccination programme.”

Forbes added: “The pandemic is not over. Challenges remain and some sectors such as retail, tourism and hospitality still face obstacles on the road to recovery.

“But this GDP estimate clearly shows that Scotland’s economy is continuing its recovery from the global pandemic as we work with business and trades unions to build a greener, fairer and more prosperous economy with wellbeing at its core.”

The UK Government’s Scottish Secretary Alister Jack said while the latest GDP figures “indicate that we are moving in the right direction” there are “still challenges ahead as we prioritise a strong, sustainable recovery.”