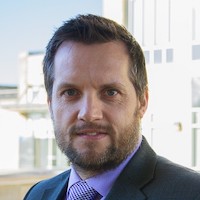 McGee, who joined the board of Scottish Friendly as a non-executive director in September, will join from Aegon UK where he has been chief financial officer (CFO) since 2016.

Prior to Aegon, McGee held senior positions at a number of financial institutions including chief actuary at Lloyds Banking Group and head of actuarial at Phoenix Group.

McGee will take over from Martin Pringle who has been acting CEO since the death of Jim Galbraith in April 2021.

“It is a great honour to be appointed the next CEO of Scottish Friendly,” said McGee.

“I have known the organisation for some time and have always greatly admired its innovation, pace and commitment to a coherent and successful vision and purpose repeatedly articulated to me by Jim Galbraith over the years.

“Scottish Friendly already has a balanced, well-respected and dedicated team in place and I am very much looking forward to working with them all, building on what has been a record year of sales for the business and continuing the success story that is Scottish Friendly.”