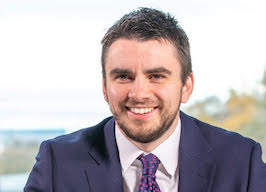 Mathison joined Baillie Gifford in 2019 as an investment manager having previously worked at Aviva Investors and Standard Life Investments.

“It seeks to invest responsibly in companies which can deliver both a resilient income stream and real growth in income and capital.

Baillie Gifford has about 1,600 staff and assets under management of around £350 billion.

“This new role will see him assume greater responsibilities for decision making and overall portfolio construction.

“His promotion further strengthens an already experienced and successful team whose total returns to shareholders have proved resilient through volatile times for income investors.”