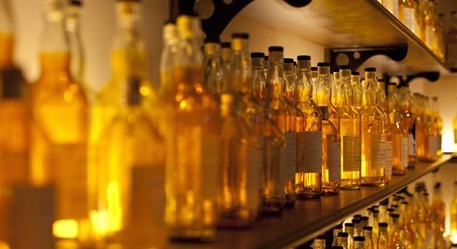 The value of global exports of Scotch Whisky grew 19% to £4.51 billion in 2021, according to figures released on Friday by the Scotch Whisky Association (SWA), as the industry continues to recover from the impact of the Covid-19 pandemic and US tariffs.

However, the value of Scotch Whisky exports has not recovered to pre-pandemic levels, with export values remaining 8% lower than 2019.

“Growth in 2021 was driven in particular by consumers in Asia Pacific and Latin America, with value increases of 21% and 71% respectively,” said the SWA.

“Exports grew by 8% in the United States – the industry largest market by value – despite the first quarter of 2021 impacted by the 25% tariff on Single Malt Scotch Whisky.

“Exports to the European Union grew by 8% in the first year since the UK left the transition period.

“Despite the return to growth in 2021, the value of Scotch Whisky exports has not recovered to pre-pandemic levels, with exports remaining 8% lower than 2019.”

SWA CEO Mark Kent said: “The global footprint of the industry in 2021 is a clear sign that the Scotch Whisky industry is on the road to recovery.

“Value and volume are both up as consumers return to bars and restaurants, people return to travel and tourism, and we all return to a degree of normality after a period of enormous uncertainty for consumers and business.

“The industry has continued to invest in its production sites, tourist attractions and workforce to ensure that Scotch Whisky remains at the heart of a dynamic international spirits market and attracts new consumers around the world.

“But this this is no time for complacency.

“The industry continues to face global challenges,  including ongoing trade disruption, growing supply chain costs and inflationary pressures, and undoubtedly there is some road to run before exports return to pre-pandemic levels.

“The UK and Scottish governments should do all they can to support the industry’s continued recovery by making the most of global opportunities, including the ongoing UK-India trade talks, ensuring fairness in the UK duty system, and investing in a more sustainable future as the industry works to reach net-zero by 2040.”