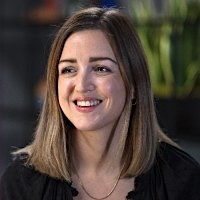 Venture capital investment in Scotland’s fast-growth businesses soared to £181 million in first quarter of 2022, according to KPMG’s Venture Pulse Survey.

Scottish scaleups saw 41 deals completed in the first three months of this year.

During the same quarter of 2021, £64 million was raised, marking this year’s Q1 as a particularly strong start.

Last year, a total of £626 million of VC investment was raised by Scottish business.

“Also, £5.07 million was raised by Glasgow based Katrick Technologies from Greenbackers Investment Capital.”

“The power of our disruptive businesses to deliver impact on a global scale is more important than it’s ever been, and our innovators are a real success story.

“The collective focus on nurturing and supporting the Scottish scaleup ecosystem is great to see. It will no doubt help develop more exciting businesses in cities across Scotland and attract further global VC interest and investment.”