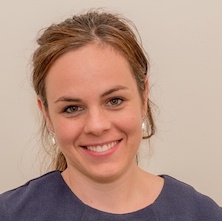 The Scottish Government has published what it called an “ambitious but realistic” public spending framework which it said outlines “how more than £180 billion will be invested to deliver priorities for Scotland.”

The Fraser of Allander Institute at the University of Strathclyde said the Spending Review implies that the local government budget will decline by 7% in real terms between 2022-23 and 2026-27 and that enterprise agencies will see their allocations decline by 16%.

It said universities and colleges, the police authority, prisons, fire and rescue services and the legal aid budget will see real terms declines in their allocations of 8% over the period.

“However, it is essential to share high-level financial parameters with public bodies, local government and the third sector, so we can plan ahead together.

“Today I set out an ambitious but realistic public spending framework for the years ahead.

“It does not ignore the realities of our financial position, but neither does it roll back on our ambitions for change.”

The Scottish Government said further changes to Scotland’s fiscal position and to tax and social security forecasts are expected to change the funding picture ahead of annual budgets.

The Spending Review however does prioritise spending in key policy areas.

The prioritised spending will include:

Fraser of Allander Institute at the University of Strathclyde: “The funding outlook is extremely tight.

“The block grant from the UK Government – the key factor determining the size of the Scottish budget – is projected to barely increase at all in real terms until 2025/26, and then increase slightly in the final year of the forecast …

“Whilst spending on health, social care and social security will increase, many other significant areas of public spending see their allocations remain flat in cash terms throughout the SR period …

“The enterprise agencies see their allocations decline by 16%. Meanwhile, universities and colleges (including student grant support), the police authority, prisons, fire and rescue services and the legal aid budget, amongst other areas, see real terms declines in their allocations of 8% over the period …

“The overall public sector pay bill will be frozen, with a managing down of numbers of public sector staff to pre-pandemic levels.”

Mairi Spowage, Director of the Fraser of Allander Institute: “Today’s spending review provides a welcome insight into the spending priorities of the Scottish Government for the rest of this parliament.

“The Government deserves some credit for setting out its plans despite significant uncertainty in its outlook. However, more detailed plans, particularly for the next two financial years, would have been valuable.

“It is hard to understand from what has been published today how the Government will meet its transformational objectives on social care, child poverty and climate change, to name a few within this tight funding environment.

“It seems likely that there will be huge pressure the revisit the current public sector pay policy as a result of surging inflation.”

David Eiser, Deputy Director of the Fraser of Allander Institute: “There was much talk in the run up to the publication of this Spending Review of a ‘black hole’ in Scotland’s finances – that is, the gap between the Scottish Government’s aspirations for the spending review and the finance available.

“Of course, in practice, they’ve had to make decisions to cut back those aspirations to fit within the finance available.

“The result has been a number of spending lines frozen in cash terms – in practice, real terms cut of roughly 7% over the period. This includes local government, much of policing and justice, higher education and enterprise support.”

Scottish Fiscal Commission: “The Scottish Government uses the Commission’s tax forecasts to determine how much it can spend on top of the grant from the UK Government. After adjusting for inflation, total funding is broadly flat from 2022-23 through to 2026-27.

“Rising wages in Scotland means income tax will increase in cash terms, but stronger growth in earnings in the rest of the UK means there will be a larger deduction from the Block Grant. This will result in additional pressure on the Scottish Budget in the early years of the Spending Review.

“This pressure is alleviated somewhat from 2024-25 because of the UK Government’s commitment to cut its basic rate of income tax to 19 pence in the pound reducing the size of the Block Grant deduction. If as the Commission now assumes the income tax higher rate threshold remains frozen in Scotland from 2023-24 this will further improve the tax position.

“On the spending side, the Commission forecasts the Scottish Government faces a growing funding gap for its social security payments. The gap is forecast to be £0.5 billion this year rising to £1.3 billion by 2026-27.

“It arises because of differences between the Scottish and UK Governments’ approaches to social security, including the introduction of new Scottish payments. As the payments are demand led, the size of the gap in future years is determined by policies the Scottish Government has already set and the commitments in the Social Security Charter.

“As a consequence, spending on social security will rise from around 10 per cent of the resource budget in 2022-23 to 14 per cent in 2026-27. This puts pressure on non-social security spending, particularly in the early years of the Spending Review.”

Scottish Fiscal Commission chair Susan Rice: “The difficulties the Scottish Government faces in managing its budget are illustrated by the eight percent fall in funding available by 2025-26 for areas other than health and social security after adjusting for inflation.

“Scotland continues to be affected by challenging economic circumstances and uncertainty. Rising inflation means earnings aren’t keeping pace with the cost of living.

“We expect inflation pressures to last into the middle of next year, with a return to positive real earnings growth in 2023-24.”

Scottish Financial Enterprise CEO Sandy Begbie: “The Cabinet Secretary laid bare the serious challenges for Scotland’s public finances in the government’s Spending Review this afternoon, emphasising that difficult decisions must be taken in the months ahead.

“As we navigate significant economic uncertainty, it is vital the government reinforces its commitment to a green economic recovery by focusing its efforts on measures that will create sustainable growth and jobs for the future.

“Scotland’s financial services industry has a vital role to play in this process and we have called for measures which should be an immediate priority for government, including improving our lagging productivity through, amongst many other things, a dedicated entrepreneurial strategy.

“We were encouraged that our calls were heeded and entrepreneurialism is now a key pillar in the government’s national strategy for economic transformation.

“Its significance has only grown in recent months and the focus must now be on delivery. The financial services industry is determined to be a constructive partner of government in efforts to bring this forward at pace.”