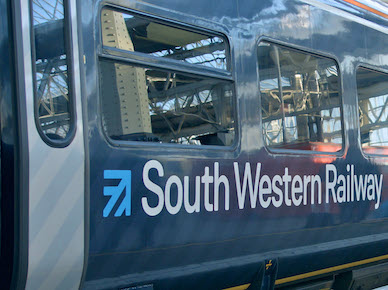 The biggest shareholder of Aberdeen-based bus and rail giant FirstGroup has urged it to reject the recent £1.2 billion takeover approach from private equity group I Squared Capital Advisors (UK) LLP.

FirstGroup is also the UK’s second-biggest operator of regional buses, serving two-thirds of the UK’s 15 largest conurbations including Glasgow, Bristol and Leeds.

Schroders UK equity fund manager Andy Simpson said in a statement to London newspaper The Sunday Times that Schroders considers the level and structure of the bid approach to be “unattractive.”

Simpson said: “The proposal is highly conditional and leaves shareholders exposed to downside risks at a time when we believe the stand-alone company has attractive growth prospects, a strong balance sheet and a depressed valuation.

“We firmly believe that any offer needs to fairly reflect the attractive characteristics and scarcity value of the underlying assets.”

On May 26, FirstGroup announced it had received a series of unsolicited, conditional proposals from private equity group I Squared Capital Advisors (UK) LLP in relation to a possible offer to acquire the company.

The latest approach valued FirstGroup at up to 163.6p per share or £1.23 billion in cash and shares.

FirstGroup shares have risen to around 137p to give the Aberdeen firm a current stock market value of about £1 billion.

I Squared is required to either announce a firm intention to make an offer for FirstGroup by June 23 or walk away.

On May 26, FirstGroup said: “The board together with its advisers, is currently evaluating the latest approach, received yesterday evening, which provides for a cash component of 118 pence per share and a contingent right to up to a further 45.6 pence per share based on the outcome of the First Transit earnout and the net proceeds realised from the Greyhound legacy assets and liabilities.

“The previous approaches were all unanimously rejected by the board.

“FirstGroup shareholders are strongly advised to take no action in relation to the approach from I Squared.

“A further announcement will be made if and when appropriate.”