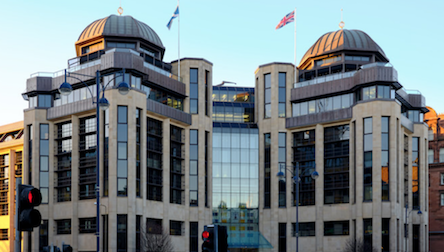 Phoenix Group’s Standard Life has warned of a “a major gap” in the British pension system with the latest ONS statistics showing a split between the UK’s pensions “haves and have nots” with the wealthiest 10% accumulating pension savings of over £600,000 while a large proportion of the population had little or no savings.

The stats showed that the top 10% held 64% of all private pension wealth while the bottom five deciles held less than 1%.

The ONS pension wealth statistics for April 2018 to March 2020 were published on Friday.

The stats showed that while more people below State Pension age (57%) were actively saving for retirement using private pensions than before automatic enrolment was introduced in 2012 (43%), there was still “much inequality in pensions wealth in Great Britain.”

Almost a third of British people did not expect to have any pension provision beyond the State Pension when they retired.

Gail Izat, Workplace Managing Director at Standard Life, said: “Today’s figures shine a light on many of the major trends shaping the nation’s savings behaviours including the effect of auto-enrolment in revolutionising pension saving for millions of people.

“The percentage of adults below the State Pension age actively contributing to a private pension has risen from 43% in 2010 – 2012, before it was introduced, to 57% in 2020, and it’s encouraging to see the difference this is making and hopefully continues to make.

“This trend is in large part responsible for participation in defined contribution schemes overtaking defined benefit for the first time.

“While broadly promising, today’s data also shows the split between the nation’s pensions haves and have nots with the wealthiest 10% accumulating pension savings of over £600,000 while a large proportion of the population had little to no savings.

“One group where savings rates have fallen is among the self-employed where participation has dropped from around 40% in 2010-12 to 20% more recently.

“These figures highlight a major gap in today’s system and the trend is likely to have been exacerbated more recently by the impact of Covid and now the increasing cost of living on this group.

“Other groups, notably minority ethnic groups and lower earners were less likely to save highlighting the challenge of building a more inclusive pensions system.

“While the introduction of auto-enrolment has been transformational, one of the main barriers to increasing participation even further is the current structure of the scheme.

“We’d like to see a reduction in the eligibility age to 18 and the removal of the lower earnings limit so that more people can enjoy the benefits of the scheme from the first pound of earnings.”