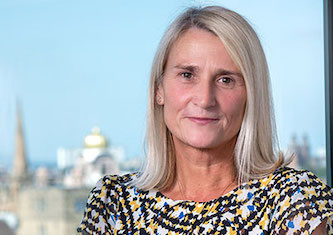 ScottishPower has named Vicky Kelsall as the new CEO of its electricity networks business, SP Energy Networks, taking over from Frank Mitchell on his retirement.

“Vicky brings over thirty years’ experience in the energy sector, working across electricity networks in the UK and US alongside retail in the UK,” said ScottishPower.

“She has worked in international roles for ScottishPower with PacifiCorp and, most recently, with its parent group Iberdrola in North America at Avangrid.

“Previously, she was Chief Operating Officer of SP Energy Networks, responsible for all transmission and distribution operations.

“Vicky takes the helm as the company forges ahead with its ambitious plans to lead the transition to a low carbon net zero future investing significantly in the electricity networks across Central and Southern Scotland and North West England and North Wales.”

Kelsall said: “SP Energy Networks holds the key to unlocking the net zero future for homes and businesses across our transmission and distribution areas and has outlined bold plans to ensure we can decarbonise in the most cost-effective way for consumers.

“It’s a privilege to take over the reins at this crucial time and I look forward to working with the team to get on and deliver in the months and years ahead.”

Kelsall will have an initial handover period with Mitchell and will lead the SP Energy Networks business starting in July, before she fully takes up the position before the end of this year.

ScottishPower CEO Keith Anderson said: “During his time at ScottishPower, Frank has driven the business to success with huge levels of investment in significant infrastructure to support the transition to a cleaner, greener electricity system – all while delivering safe, reliable power to millions across the nation.

“We wish him the very best for his future.

“Vicky takes over SP Energy Networks at a crucial time for the UK energy system as we rapidly progress our plans for decarbonisation.

“Her experience in the sector and pedigree in delivering for customers will stand the business in good stead as it moves into a hugely transformative period with billions in investment to transition the GB electricity network to a net zero future.”