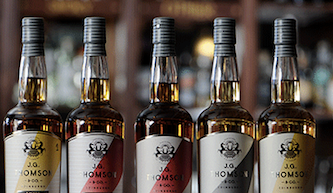 Edinburgh-based Artisanal Spirits Company plc (ASC), owner of The Scotch Malt Whisky Society (SMWS), said the society has signed a new partnership agreement in Malaysia, by “migrating its operations in that region to Drinks Alliance.”

Artisanal said the agreement provides a new route to market in the region and further strengthens the group’s geographic footprint in South East Asia.

The society has a worldwide membership of 36,000 paying members.

“Malaysia is the 12th largest market within the global Ultra-Premium Scotch Malt Whisky sector, based on value, and was estimated to be worth c.US$102 million in 2021, up by 49% vs 2020 (source: IWSR),” said Artisanal.

“This follows the group’s recent entry into South Korea in October with an inaugural franchise agreement in that location, as ASC continues to expand its global footprint into new growth markets.”

Artisanal also said it has extended its agreement with RBS to increase its existing revolving credit facility to £21.5 million — previously £18.5 million — and extend the term of the commitment until December 19, 2025, broadly representing a two year extension of the previous term.

“Interest under the RBS facility will accrue at 2.25% over SONIA and this new rate represents a 0.25% reduction in the margin on the facility, and based on the current facility utilisation of £16.5 million, this would equate to an annual saving of c.£40,000 of interest costs for the group,” said Artisanal.

“This new agreement retains the existing ‘Springing Test’ clause, meaning that no covenants are tested while the group maintains an appropriate stock balance.

“The RBS facility provides ASC with additional flexibility to expand and grow all aspects of its business, ranging from membership, investing in the group’s brand and whisky stocks, as well as continuing to increase its international reach.”

Artisanal MD David Ridley said: “The successful increase in the banking facility is testament to the strength of ASC’s consistent strategic delivery and extensive asset base of unique and appreciating whiskies and other spirits.

“The extended facility provides us with further firepower to continue to grow our membership base both in the UK and internationally, to launch the group’s American Whiskey proposition in H1 next year and to continue to invest in further spirit stock for ageing, underpinning ASC’s future growth.

“We have a clear strategy and a pioneering model to maximise the benefit from favourable long-term growth drivers.

“We will continue to execute against our growth strategy to deliver a doubling of sales between 2020 and 2024 in a disciplined and measured way with expansion evidenced by our international partnership agreements in territories such as Malaysia announced today and in South Korea in November, two of the fastest growing whisky markets in the world.

“We have an exceptional opportunity and remain well positioned to capitalise on it with whisky stocks to satisfy all demand until 2028 and 75% of demand until 2033.”