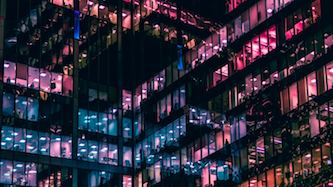 The UK government’s Public Accounts Committee has warned that Cabinet Office plans for managing central government’s extensive property estate portfolio — valued at £158 billion and costing £22 billion a year to maintain — are “out of sync with current market conditions and lacking in ambition to reduce costs.”

The committee said the Government Property Agency is “handicapped” in achieving planned reforms by ageing IT systems and incomplete data on post-pandemic office usage, with the risk that taxpayers are locked into long-term, high-cost leases.

“HM Revenue and Customs is one prime example of this, with six of its twelve new hubs now locked into 25-year unbreakable leases at higher than current market rents,” said the committee.

“The Cabinet Office’s new property database has been repeatedly delayed and is now in a position where the procurement of a £1 million computer system is hindering effective management of £158 billion worth of property.”

“The whole plan for a network of government office hubs across the UK appears to be in some disarray, with radical shifts in office space use and rental values, but the Cabinet Office simply hasn’t got enough grip on the facts on the ground to adapt.

“HMRC itself is losing hard-won tax revenues to overpriced, unbreakable 25-year leases for six large office hubs, despite being warned of our concerns about this practice even before the covid pandemic.

“Government is clinging to the idea it can sublet surplus spaces which are now considerably higher than market rent. The PAC has already warned that just won’t wash.

“A stalled £1 million IT upgrade is hampering savings reform across a £158 billion property portfolio that costs the taxpayer about £22 billion a year to maintain, though we couldn’t get a precise figure for managing this property because the cost of leases and facilities management were included in that figure.

“We recommend that these items are separated out so that we can see what the true management cost is but on the face of it, 13% of the property value looks to be high. We see again the imperative for Government to get ahead of rapidly changing market and economic conditions and invest to save.”