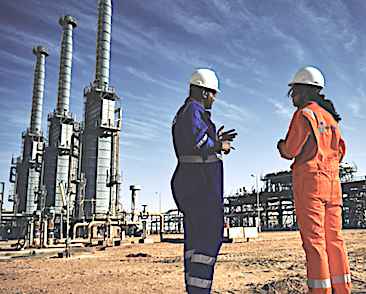 Several other Capricorn shareholders have joined Palliser in opposing the merger with NewMed, claiming that it undervalues Capricorn, formerly known as Cairn Energy.

In an open letter to shareholders, the board of Capricorn Energy said Palliser’s plan was based on an overstated value of Capricorn as a standalone company and included “outdated and incorrect facts and assumptions.”

Palliser Capital last month called for a general meeting of the firm to set a vote on removing seven Capricorn directors including CEO Simon Thomson.

Palliser is one of a number of Capricorn investors opposed to the planned merger of the Scottish oil and gas firm with NewMed.

Capricorn Energy said on Thursday it would issue notice next week for a general meeting on February 1 regarding Palliser’s call for the removal of directors and expects to hold a vote on the NewMed merger on or around the same date.

Capricorn shareholders who have publicly opposed the planned merger with NewMed include Palliser, Madison Avenue, Kite Lake, Newtyn Management, and Legal and General Investment Management, representing around 32% of Capricorn’s shares, according to Reuters.

In September, Capricorn scrapped a plan to merge with Tullow Oil after investors voiced opposition.

Capricorn withdrew its intention to recommend an all-share merger with Tullow Oil and said instead it would recommend to shareholders that Capricorn combine with NewMed Energy.

A cash special dividend of $620 million is proposed to be paid to existing Capricorn shareholders immediately prior to the completion of the deal.