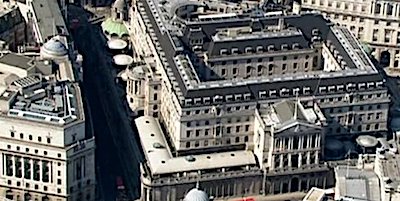 The UK’s public sector borrowing (PSNB ex) in December 2022 was £27.4 billion, the highest December figure since monthly records began in January 1993, largely because of a sharp rise in spending on energy support schemes and an increase in debt interest.

That’s according to new data from the UK’s Office for National Statistics (ONS).

UK public sector debt excluding the Bank of England was £2.215 trillion or around 88% of GDP, £288.2 billion less than the wider measure.

The increase in interest payable is largely because of the effect of Retail Prices Index (RPI) changes on index-linked gilts.

In the financial year-to-December 2022, the UK public sector borrowed £128.1 billion, £5.1 billion more than that borrowed in the same period last year, but £2.7 billion less than forecast by the OBR.

Isabel Stockton, Senior Research Economist at the Institute for Fiscal Studies said: “At £128 billion, borrowing in the first nine months of the financial year was close to the OBR’s November forecast – and is expected to be revised down by around £9 billion once a student loan revaluation is implemented by the ONS.

“Under the OBR’s November forecast, borrowing was expected to be very high in the final six months of the financial year, reflecting government support for elevated energy prices and increased debt interest spending.

“Lower expectations for energy prices compared to the extraordinarily high levels seen in the autumn imply reduced spending on the household Energy Price Guarantee from April, although this will be partially counteracted by spending on the business element which had not yet been incorporated in the November forecast.

“Taken together, total spending on the Energy Price Guarantee may be reduced by around £5 billion, although revenues from taxes on North Sea oil and gas will also be lower.

“Looking ahead to the March Spring Statement, these short-term movements, while certainly welcome, will not make it easier to meet the Chancellor’s fiscal target which aims to have debt falling as a proportion of national income in 2027-28.

“In the medium term, a bigger change is that forecast spending on debt interest is likely to be revised down.

“Movements in Bank Rate since November could imply spending being around £10 billion lower in 2024-25, with savings gradually starting to taper off after that.

“While big this reduction would only reverse about one-third of the increase since March 2022. To avoid an implausibly steep increase in fuel duty rates of 23% this April, the Chancellor will need to find an additional £6 billion, to say nothing about pressures on public services.

“Under the November forecast, the Chancellor was only set to meet his fiscal targets – already looser than most of his predecessors’ – by a hair’s breadth compared to the typical size of movements in public finance forecasts, and his headroom may therefore be only very slightly larger now.”