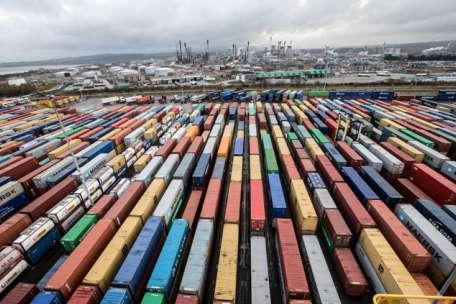 The Scottish Government has unveiled what it called a “new, targeted inward investment plan” that aims to further internationalise Scotland’s economy.

The plan represents a “fundamental shift” in approach and will focus efforts on “nine areas of opportunity where Scotland has global strengths” and which offer significant future prospects.

The nine areas of opportunity identified in the plan are energy transition, decarbonisation of transport, food and drink innovation, software and IT, digital financial services, digital business services, space, health technology and the transformation of chemical industries.

Priority will be given to investors who can build local supply chains, provide new skills and invest in research.

There will be an emphasis on the creation of regional clusters to encourage the spread of investment across Scotland.

The Scottish Government said it will focus resources on strategic investments, aiming ultimately to allocate up to £20 million a year.

“It is estimated the plan has the potential to increase GDP by £4.2 billion, boost exports by £2.1 billion over the next two decades and add up to £680 million a year to government revenues,” said the Scottish Government.

“The revised approach seeks to deliver 100,000 jobs over the next decade.”

In May 2020, Scotland was named as the UK’s top destination outside of London for foreign direct investment in the EY Attractiveness Survey — the seventh consecutive year that Scotland has held this position.

Unveiling the plan called “Shaping Scotland’s Economy: Scotland’s Inward Investment Plan” in parliament, Minister for Trade, Investment and Innovation Ivan McKee said: “For the last seven years Scotland has attracted the most inward investment of any UK nation or region outside London.

“The time is right to build on these strong foundations.

“The COVID-19 pandemic has highlighted the need for greater resilience in our economy and to build back better.

“Our robust analytical approach has identified nine opportunity areas where Scotland’s genuine global strengths, often built on our academic excellence, align with global investment opportunities and offer the most potential to maximise economic benefits across the nation.

“We will build regional clusters of expertise around specific strengths, making Scotland a more attractive proposition for potential investors and ensuring all parts of the country benefit.

“I am acutely aware that I am launching this plan at a time of huge uncertainty, with COVID-19 continuing to inflict economic harm.

“We also face Brexit at the end of the year and whether it is no deal or a bad deal, all the analysis shows that it will harm many key parts of Scotland’s economy.

“Now, more than ever, we need to have a plan in place for inward investment that targets effort and resource strategically to shape Scotland’s economy for the future.”