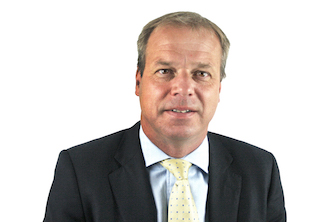 Edinburgh-based asset management giant Aberdeen Standard Investments (ASI) said on Tuesday it will acquire a 66% interest in Outokummun Energia Oy, a regional energy business based in North Karelia in Finland.

The acquisition will be funded through ASI’s SL Capital Infrastructure II fund and will be ASI’s fourth infrastructure transaction in Finland.

The programme already holds 12 other assets including: Suomen Kaasuenergia, a gas distribution business in Finland; two district heating businesses in Finland; a portfolio of solar PV plants in Poland; a portfolio of hydro-electric plants in Norway; four rolling stock assets in the UK; two stakes in offshore gas transmission pipelines in the Netherlands; and two liquid bulk storage terminal businesses in the UK and Germany.

Dominic Helmsley, Head of Economic Infrastructure, Aberdeen Standard Investments, said: “The infrastructure team’s fourth investment in the Finnish infrastructure market follows our strategy to acquire and manage premium regulated infrastructure assets in Europe, and to work on behalf of our investors with local stakeholders to deliver safe and reliable essential services to local communities.

“We are delighted that the City of Outokumpu have selected us as their preferred partner in the continued delivery of electricity and heat services to Outokummun Energia’s clients and to continue the development of the company.

“The City of Outokumpu and Aberdeen Standard Investments have worked together to agree a transaction that benefits all parties and we look forward to continuing to work in partnership with the city”.

“The transaction allows for capital to be freed up and to be utilised for important, future investments whilst allowing the City to and diversify their risks.

“The international energy expertise brought to the company by our new partner, Aberdeen Standard Investments, will definitely add value when preparing for the future.”