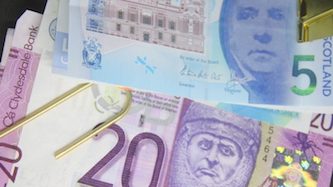 The data is included in the latest figures from Scotland’s Chief Statistician on local government expenditure and income in 2019-20.

The Scottish Government said the figures provide a comprehensive overview of the financial activity of local government “including revenue expenditure and income; capital expenditure and financing; reserves; debt; and pensions.”

Education and social work were the services with highest net revenue expenditure, with £5.3 billion and £3.4 billion respectively.

“Capital expenditure is expenditure that creates the buildings and infrastructure necessary to provide services, such as schools and roads.

“Due to the nature of capital expenditure, it can fluctuate substantially between years.

“Local authorities can finance capital expenditure in a number of ways.

“This can be used to finance future revenue or capital expenditure.

“When local authorities borrow money or use credit arrangements to finance capital expenditure, a debt is created.

“Local authorities have to repay debt from future revenues.