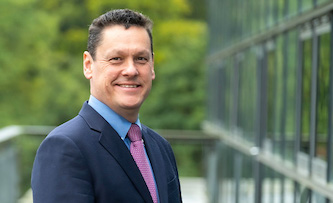 Shares of Glasgow-based cloud data centre operator Iomart Group plc fell 16% on Friday after it said it anticipates that results for the full year to March 31, 2022, will be “below current expectations.”

In a trading update for the six months ended September 30, Iomart said: “Strategically, the group has continued to make positive progress in the period against the key milestones announced in May, as part of the refreshed strategy to re-position iomart’s offering around the growing hybrid cloud market.

“This includes the launch of a new brand, the release of new products and the group’s first hybrid customer win during the period.

“Being only a few months into the execution of the refreshed strategy the expected success of the transition of the business will take time to flow through into results, however the progress being made provides the board with confidence that the group will return to growth in the medium term.

“While the majority of the customer base has remained stable (with recurring revenues in the period accounting for 93% of revenue), the slightly higher than usual customer churn seen in the final months of FY21 continued into the first half of this current financial year.

“In addition, non-recurring revenue, principally hardware reselling and one-off consultancy activity was £2.0m lower than the equivalent period last year and we do not expect this revenue to be recovered during H2.

“As a consequence, the board anticipates results for the full year to 31 March 2022 being below current expectations.

“The revolver loan drawn amount remains unchanged from last year and along with lease liabilities the board expects net debt to be approximately £50.0 million at 30 September 2021 (31 March 2021: £54.6 million).”

Iomart CEO Reece Donovan said: “We are on track to achieve the key milestones of our strategic refresh which we laid out in May for delivery in FY22.

“Our team is energised behind a new brand and vision to attract and retain quality customers.

“Sales, operational and organisational improvements continue to be made which are vital to scale the business.

“We are starting to see early signs that the market is responding to our newly launched offerings.

“While these successes will take time to flow through into our financial results, they provide solid foundations to support future growth.”