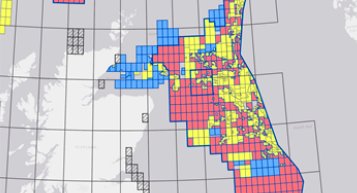 A new report from OGUK, which represents the UK’s offshore oil and gas industry, reports that global demand for gas will rise for the next two decades — but stresses the UK’s North Sea resources can protect consumers against future shortages and help the UK avoid becoming more dependent on imported energy.

OGUK’s Energy Transition Outlook report, to be published later this month, will say that there is enough new gas under the UK Continental Shelf to support the UK through its planned three-decade transition to a low carbon future.

“However, much of that gas lies in fields and resources that have yet to be developed,” said OGUK.

“Without any investment in those new resources the UK’s gas output is likely to decline by 75% between now and 2030.

“The OGUK findings follow the recent global surge in gas demand and price increases that look set to leave consumers with extra bills averaging £139 for this winter.

“Such shortages may recur.

OGUK said about half the UK’s gas comes from under its continental shelf.

The Central North Sea, the area off eastern Scotland through to the north-east of England, contributed half of the UK’s domestic gas production in 2020, with the Southern North Sea, off England’s east coast, providing another 25%.

The OGUK report will highlight how many of these older fields are becoming depleted, meaning new ones must be developed to replace them.

It will say: “The ongoing demand for gas and oil requires continued investment in exploration and development of indigenous resources.

“The current market situation should provide an impetus to address this decline and offers the opportunity to invest and innovate to extend the UK resource base and avoid becoming more dependent on imported oil and gas.”

The finding is backed by a separate report just published by the UK government’s own Oil and Gas Authority.

It warns that many of the UK’s oil and gas fields now in production will be largely depleted by 2030 so fresh indigenous supplies will be required.

It also confirms that the UK still has these new resources to tap into.

“A key aim in developing such resources is to reduce reliance on imported gas as the country moves to cleaner energies,” said OGUK.

“The UK is one of Europe’s biggest consumers of gas, with demand being 74 billion cubic metres in 2020 – about 1,100 cubic metres for each UK citizen – according to UK government data released in July.

“In 2020 about half of the UK’s gas came from its own gas fields with most of the rest piped from Norway or arriving as liquefied natural gas from Qatar, Russia, Trinidad, Egypt, Nigeria and America.

“The UK’s reliance on gas has been highlighted by the unusually low winds of the last month which have  reduced output from windfarms.

“Gas-fired power stations normally produce about 40% of the nation’s electricity but have increased output to provide about 45% of the UK’s electricity over the last month and, on some days more than 55%.

“In March 2021, the UK Government and UK oil and gas industry agreed a deal to harness the sector’s 50 years of energy expertise.

“The first of its kind by any G7 nation, the North Sea Transition Deal will accelerate the green energy transition and aims to create 40,000 new UK jobs in the energy industry.”

“However more than 40% of our electricity is generated by gas and some 23m homes are heated by it so although gas use will decline it will be important for some years yet.

“The Climate Change Committee has allowed for this in its carbon budgets.

“Investing in our own gas resources can support the energy transition.

“Not doing so will lead to more imports, whether by tankers or pipeline.

“The gas reserves under our continental shelf could boost the UK’s energy security, protect consumers during the transition to low carbon energy and keep us on track towards our climate goals.”