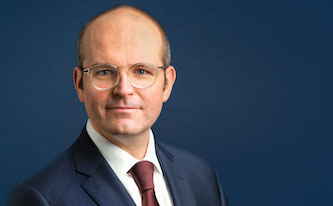 The contrarian Scottish Investment Trust plc said on Monday its share price total return for the year to October 31 was 24.3% and the net asset value per share (NAV) total return was 15.9%.

The company does not have a formal benchmark but it said that by way of comparison the sterling total return of the international MSCI All Country World Index (ACWI) was 29.5%.

This was the last set of annual results from the Scottish Investment Trust plc before it replaces its in-house management team via a proposed combination of assets with JPMorgan Global Growth & Income plc (JGGI).

The combined company will have net assets in excess of £1.2 billion.

“A recovery in economic prospects from the depths of the pandemic helped to drive absolute gains in the period,” wrote the trust’s chairman James Will.

“The environment has generally not favoured a contrarian approach in recent years and performance has lagged the comparator index.”

On dividends, the trust said: “Businesses have begun the process of resuming dividend distributions that were paused in response to the pandemic.

“The company plans for any disruptions by maintaining a large revenue reserve, built during times when income generation is more abundant.

“Accordingly, the company will utilise a small portion of its reserve in this financial year to cover the regular dividend.

“The revenue reserve remains substantial at 66.1p per share, equivalent to more than two and a half times the regular dividend.

“The board recommends a final dividend of 7.0p which, if approved, will mean that the total regular dividend for the year will increase by 5.2% to 24.4p.

“The current dividend policy will remain unchanged until the combination is implemented, although the timing of any dividend payments may vary from previous years.

“The board intends to announce a dividend in respect of the first quarter to 31 January 2022 of 6.1p, equal to a quarter of the previous year‘s total dividend.

“It is expected that a final interim dividend will be paid prior to the combination becoming effective.

“It is anticipated that the changes in the portfolio to align it more closely with JGGI‘s, following the appointment of JPMF, will result in a lower level of income.

“As a result, a greater proportion of the company‘s revenue reserve may be utilised for these dividends.”

Chairman Will added: “Following a review of investment management arrangements, and a recommendation from the board, shareholders approved on 9 December 2021 the proposal that JPMorgan Funds Limited (JPMF) be appointed as the company‘s manager and the company adopt a new investment strategy ahead of a proposed combination of assets with JPMorgan Global Growth & Income plc (JGGI).

“It is anticipated that the investment management change will take place around 21 January 2022, shortly before the upcoming Annual General Meeting, and that the combination with JGGI will be undertaken at the end of the first quarter of 2022.

“If completed, the combination with JGGI will mark a significant shift for The Scottish which has largely maintained the same structure since it was established in 1887.

“The investment landscape has changed considerably since that time, particularly in recent years, and the proposed changes offer a number of attractions to shareholders …”

Trust manager Ally McKinnon wrote: “Portfolio activity was concentrated in the early part of the period, as increased confidence in the outlook allowed an acceleration towards ideas best placed for the recovery phase, taking advantage of discounted valuations in the process.

“Several new positions were established, replacing some of the more defensive investments taken at the outset of the pandemic to shield capital.

“Exposure to the financials sector was increased, including a new investment in US bank Wells Fargo (+£9.8m total return).

“Wells Fargo is focused on major operational improvement and its potential for success had not been credited, in our view.

“As the economic outlook improved, many banks were able to reclaim some of the significant reserves that were set aside earlier in the pandemic to absorb anticipated credit losses.

“Investments in insurers Aegon (+£4.5m), AIG (+£3.4m) and Aviva (+£1.4m) were bolstered by progress with efforts to streamline each of those businesses alongside hardening prices for general insurance.

“The reopening of the economy supported greater demand for energy, and good gains were recorded across our investments in this sector. Energy majors Exxon Mobil (+£8.0m), Royal Dutch Shell (+£7.3m), BP (+£7.3m),

“Among communication services stocks, BT (+£5.4m) was boosted by the regulatory clarity that emerged from Ofcom‘s review of the fibre market.

“There was also a solid gain for South African multinational MTN (+£5.2m), which is moving past legacy challenges.

“Further gains came from Australian operator Telstra (+£2.4m) and Germany‘s Deutsche Telekom (+£1.0m) while, in the US, Verizon Communications (–£1.2m) recorded a loss.

“The positive return for French media agency Publicis (+£1.4m) was supported by an inflection in cyclical and secular growth trends.

“There were solid gains within the retail sector where we see a number of successful business transformations underway, including US fashion house and retailer Capri (+£3.8m), UK based DIY group Kingfisher (+£3.2m), US retailer Target (+£1.5m), and French supermarket chain Carrefour (+£1.2m).

“We made a well timed divestment of Tesco (+£2.6m), as the group had largely fulfilled its turnaround ambitions.

“We reduced our exposure to tobacco during the year, though retained investments in Altria (+£1.9m) and Philip Morris International (+£0.9m) where discounted valuations suggested that durable cash flows and a transition to lower risk products were not yet recognised.

“Within the healthcare sector, Pfizer (+£2.0m) has been instrumental in the Covid 19 response and has received a substantial boost to cash flow from its vaccine.

“Our holdings in gold miners were a notable disappointment. Soaring inflation would, ordinarily, be a favourable backdrop for gold.