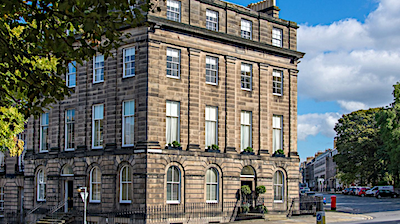 The Scottish market for homes worth over £1 million witnessed an “unprecedented level of activity” in 2021, according to Rettie, with a record 419 such homes sold.

Edinburgh accounted for two-thirds of such sales.

Rettie MD Simon Rettie said: ““The surge in £1m plus house sales over 2021 has been a notable feature of the post-lockdown housing market.

“Such sales are now well ahead of their previous peaks and nearly 50% ahead of 2020 levels.

“One response to the post-lockdown world has been people’s willingness to consider more rural areas and accessible towns, and the sharp rise in demand for this type of living has caused prices to surge in some of these areas, pushing the most desirable properties over the £1m mark.

“This is clearly seen in parts of East Lothian as well as north of Stirling and east of Loch Lomond.

“However, Edinburgh remains at the heart of the Scottish £1m market, accounting for two-thirds of such sales.

“Nevertheless, here too there has been a greater diversity of such sales, with more pushing out to locations such as Colinton and Trinity, outside previous core prime areas.”

Counting only homes registering values over £1 million, and excluding the likes of farms, estates, land or commercial buildings, 2021 saw a staggering jump in sales at the top of the market.

Rettie said there were 419 registered home sales over £1 million, almost 50% higher than 2020, which itself was the highest recorded figure since the 2007 market boom.

This has been due to the volume of homes now breaking through the £1 million threshold.

Rettie Director, Research & Strategy, John Boyle, said: “The transactional volumes at all price points for residential properties in Scotland in 2021 were substantially up from the previous year.

“This was in part response to a correction following the first lockdown in 2020 and increasing buyer confidence at a time when the supply of available properties remained constrained.

“Transactions over £1m were strong in the cities and the suburbs, coupled with much higher demand for rural locations.

“People are adjusting how they work and the need to be within relative close proximity to a city is of less importance as many people continue to work remotely from home or in a flexible manner.

“Country properties have been in strong demand with local, national and international buyers often competing for the same property.

“This year 2022 has started well with more buyers than available houses and flats on the market, which is likely to result in prices increasing for the time being.