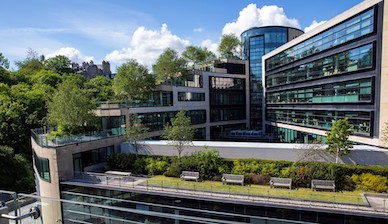 Baillie Gifford has ranked first in the 2022 FE fundinfo Alpha Manager List with a total of 13 of its fund managers making the prestigious list.

The firm finished ahead of Fidelity with 10 managers on the list, Comgest with eight, Jupiter Asset Management and Premier Miton with six, and Abrdn and Blackrock with five.

More than 50 fund managers joined the 2022 Alpha Manager List which is compiled each year by fund data and technology company FE fundinfo and recognises the top 10%of UK retail-facing managers, based on their entire career performance.

“Despite a difficult year for Baillie Gifford, the Edinburgh-based asset manager saw the highest number of its managers make the 2022 Alpha Manager List.

Charles Younes, Research Manager, FE Investments, said: “Although they have had a tumultuous year, the performance of Baillie Gifford’s managers has been impressive over the long term and has led to the highest number of its managers per group making the list.

“This is because although they have suffered from the market rotations … structurally they remain sound and have not altered their investment approach, being able to generate alpha returns.

“It is also interesting to see the impact of recent high-profile mergers have had on the list of groups this year.

“Premier Miton saw two boutiques successfully bringing their approaches together, while Abrdn too have joined the list through similar means.”