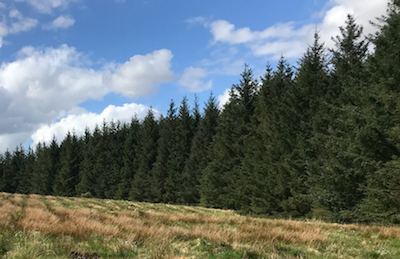 Farmland values rose by 31.2% in Scotland in 2021 against 6.2% across UK, according to a new report published by the Scottish Land Commission.

The report found the growing role of non-farming investors has resulted in land values being increasingly influenced by long-term investment potential and corporate environmental, social and governance (ESG) considerations.

In the Scottish estates market, there was an estimated 87% increase on prices paid in 2020, with two estates selling for more than £20 million.

Five estates sold for between £10 million and £20 million. 64% of successful estates sales were off-market, up from 33% in 2020, and around one third of buyers were from overseas.

“There has also been a marked shift in buyer types, with nearly half of all estates purchased in Scotland in 2021 sold to corporate bodies, investment funds or charitable trusts – motivated by the potential for carbon offsetting and developing large-scale environmental improvement,” said the Commission.

“Off-market sales make up a growing proportion of land market activity, the report finds, with up to one-third of farmland, forestry and plantable land occurring off-market, rising to almost two-thirds of estate sales.

“The off-market sales trend may exclude certain buyers and constrain access to land for individuals, communities and businesses, raising questions about transparency of the land market, which the report suggests could further reinforce Scotland’s existing pattern of concentrated land ownership.

“The report recognises that there is an element of speculation in the land market as investors look for a safe haven in a turbulent global economy and gamble on future carbon values rising.

The Rural Land Market Insights Report established that non-farming investors are playing an increasing role throughout the Scottish land market and there is heightened demand for smaller farms as lifestyle holdings and from corporate entities and investors interested in plantable land and forestry holdings.

The report was compiled by Scotland’s Rural College (SRUC) in partnership with land agents Savills and Strutt & Parker, with support from the Royal Institution of Chartered Surveyors (RICS).

Scottish Land Commission CEO Hamish Trench said: “This report shows what is happening in the rural land market and helps us understand why.

“It emphasises that while the amount of land coming to the market has remained largely the same over recent years, demand from different types of buyer has increased significantly, raising prices …

“The way the land market functions is important to Scotland’s ambitions such as net zero, nature restoration, repopulation, and community empowerment.

“Being able to participate in the market shapes not just who owns Scotland’s land, but who is able to make decisions and who benefits from land and its economic, social and environmental value.

“The report highlights a complex set of influences at work in the land market with implications for the diversity and accountability of land ownership, community participation in the market, land use decision making and market transparency.

“There is no simple answer, shaping the market in the public interest will require a careful and joined up approach in policy as well as responsible practice on the ground.

“To inform our advice to Scottish Government we will be holding a series of events and discussions with stakeholders to discuss the findings of this report and its implications for both policy and practice.”

Euan Ryan, Public Affairs Lead for Scotland at RICS, said: “This research marks an important first step in building a greater understanding of the land market in Scotland.

“It is particularly helpful in illuminating the multiple factors currently driving demand.

“The natural environment will play a crucial role in enabling a just transition to net zero in Scotland, from the effective use of land in creating a sustainable built environment, to shepherding public and private investment into natural capital and carbon sequestration.

“But it is paramount that such activity works to the benefit of, and following engagement with, local communities, and in the public interest.

“The greater understanding and transparency enabled by this research is essential.

“RICS looks forward to working with the Scottish Land Commission, Scottish Government, and other stakeholders across Scotland to develop this understanding further and help realise such ambitions.”