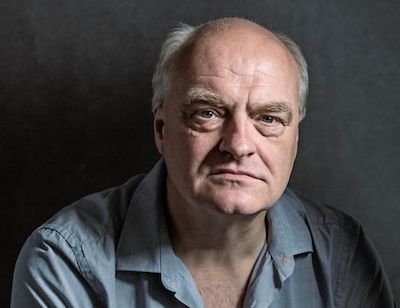 Anderson’s latest views are published in an interview with London’s Financial Times newspaper on April 16.

They include Anderson’s opinion that “in many ways” the best investor of the last 30 years has been Jeff Bezos — and that fund managers should be “brave, radical and perhaps overly optimistic at times about one’s abilities …”

Somewhat controversially, Anderson said some UK fund managers “can be totally mediocre but still earn a lot of money …”

On politics, Anderson said that while he’s “emotionally in favour” of Scottish independence “to some extent,” a break from the UK “would be pretty dramatic.”

Scottish Mortgage is the UK’s biggest investment trust. The closed-end fund manages assets of about £17 billion and has a stock market value of around £14 billion, making it a constituent of the FTSE 100 and the second-biggest listed company managed in Scotland after SSE when measured by stock market value.

On the issue of what makes a great entrepreneur, Anderson said: “I actually think in many ways the best investor, not just businessperson, of the last 30 years has been Jeff Bezos.”

Anderson told the London newspaper he attended a dinner at the Sun Valley Conference in Idaho in 2013, when Amazon founder Bezos explained how Amazon’s key ingredients such as processing power, bandwidth and disk space were becoming twice as cheap every 12 to 18 months — an example of Moore’s Law.

“Bezos then paused and added, ‘I don’t know where this will take us, but I know it’s going to be exciting’,” Anderson said.

Anderson said that in his time at the Edinburgh firm, Baillie Gifford tried to identify as many “outlier” companies as possible.

“I would absolutely accept that you’ve got to do something brave, radical and perhaps overly optimistic at times about one’s abilities to do it,” he told the newspaper, which said Anderson’s style has sometimes “ruffled feathers internally” at Baillie Gifford.

On so-called “growth” investing, Anderson said: “The last thing I want to imply is that there are not going to be periods of pain.”

On the question of why the UK hasn’t grown giant tech companies, Anderson told the newspaper: “I think it’s the absence of networks and connections that really strikes me a lot, compared with certainly West Coast America.”

However, Anderson also criticised the “box-ticking” nature of environmental, social and governance (ESG) investing frameworks which make it difficult for companies to “build their unusualness.”

He then addressed his own UK investment management trade, arguing that the UK fund management industry favours receiving dividends for income rather than reinvesting them for growth.

Anderson said the fee structure of UK investment management means that “you can be totally mediocre but still earn a lot of money . . . therefore the incentive is to maintain your job rather than put your head above the parapet.”

On the prospect of Scottish independence, Anderson told the newspaper he “doesn’t have much sympathy with the current Westminster government.”

He said that while he’s “emotionally in favour of [independence] to some extent,” a break from the UK “would be pretty dramatic.”

However, he mused that “in some imaginary world where there was a liberal (UK) Labour government in power, and Scotland could also rejoin Europe, then I think it can work, yes.”