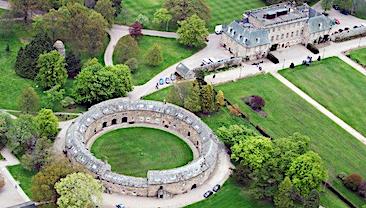 “The sponsor, Gordonstoun School, was founded in 1934 and is one of the UK’s leading full boarding schools, having educated three generations of the British royal family,” said Legal & General.

“Legal & General Investment Management (LGIM) has managed investments for the scheme since 1999 and as a result, the trustees chose to work with Legal & General on a sole insurer basis.

“Legal & General invests the premiums from pension buy-in and buyout transactions into assets that aim to deliver long-term returns to pay pensions, while making a positive impact in towns and communities across the UK.”

The trustees were advised on the transaction by Barnett Waddingham LLP and legal advice was provided to the trustees by DWF LLP.

“That’s why we’re proud to be a whole of market provider, helping trustees and sponsoring companies settle their obligations and secure their members’ benefits with us.

“Our long-standing partnership with the Gordonstoun’s trustees has meant we will continue to work seamlessly together as they move towards buyout.”

Pamela Muir, trustee and bursar of Gordonstoun School, said: “Today’s announcement is a significant milestone and Gordonstoun’s trustees are pleased that the scheme’s members now have long-term security as a result of this agreement with Legal & General.

“The benefits built up in the scheme are now secured by the strength of a large insurance company and, in order to secure this outcome, Gordonstoun made a significant financial contribution.

“This is the culmination of several years of work and we are grateful to the school for its support, as well as the expert advice of the team at Barnett Waddingham.”

Chris Hawley, partner – bulk annuity team, Barnett Waddingham, said: “We are really pleased to have been able to help the scheme navigate a busy marketplace and deliver a successful transaction despite its relatively small size.

“The collaborative nature of the trustees, the school and Legal & General all working together towards a common goal was instrumental in achieving the positive outcome.

“As ever preparation is critical, even more so at this size, and we worked closely with the trustees over many years to ensure the scheme was well-placed to approach the market.”