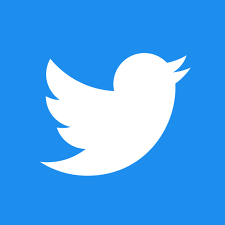 Elon Musk has made a controversial “offer” to buy Twitter and take it private for $54.20 per share in cash in a proposed deal that would value the platform at about $43 billion.

However, Musk told a TED event in Vancouver later on Thursday: “I am not sure that I will actually be able to acquire it.”

Asked if funding for his offer has been secured Musk replied: “I can do it if possible.”

Some investors and pundits questioned whether Musk’s “offer” should be taken seriously.

Musk said he has a Plan B if Twitter rejects his offer, without offering more details.

The “offer” was announced in a filing with the US Securities and Exchange Commission (SEC).

Musk has 81.5 million followers on Twitter and currently owns a roughly 9% stake in the firm.

Bloomberg noted that Musk also picked $420 as the share price for possibly taking Tesla private in 2018, a move that brought him scrutiny from the SEC.

Saudi Arabian investor Prince Alwaleed bin Talal said that as one of the major shareholders in Twitter he rejected the takeover bid by Musk.

Dan Ives, analyst at Wedbush, said: “There will be host of questions around financing, regulatory, balancing Musk’s time (Tesla, SpaceX) in the coming days.

“But ultimately based on this filing it is a now or never bid for Twitter to accept.”

In the filing, Musk said: “I invested in Twitter as I believe in its potential to be the platform for free speech around the globe, and I believe free speech is a societal imperative for a functioning democracy.

“However, since making my investment I now realize the company will neither thrive nor serve this societal imperative in its current form.

“Twitter needs to be transformed as a private company.

“My offer is my best and final offer and if it is not accepted, I would need to reconsider my position as a shareholder.

“If the deal doesn’t work, given that I don’t have confidence in management nor do I believe I can drive the necessary change in the public market, I would need to reconsider my position as a shareholder.”

Victoria Scholar, head of investment at Interactive Investor, said: “This is a deeply hostile move from Elon Musk who has threatened to ‘reconsider’ his 9.2% stake in the company if his 100% acquisition offer is rejected.

“Given that the share price is closer to yesterday’s close than the offer price, the market is pricing in a higher likelihood that the deal is rejected than accepted.

“Although Musk has said he’s not playing the ‘back-and-forth game,’ the question is whether he would up his offer if it is rejected, which is difficult to predict – just like Musk himself.

“There has already been some friction between Musk and Twitter employees.

“Musk described himself as a free-speech absolutist, which goes against Twitter’s deep focus on content moderation through removing trolls, fake news, and conspiracy spreading.

“If he were to take control of the company there could be some significant changes, with a shift in focus away from content moderation and healthy content sharing towards absolute free speech which Musk says is a ‘social imperative.’

“The biggest change, however, would be that the company would go private, allowing more flexibility and requiring less accountability.

“Plus, we would expect to see the changes Musk outlined over the weekend, including allowing users to pay with dogecoin and cutting the price of the Twitter Blue premium service.”

Twitter said in a statement: “Twitter, Inc. (NYSE: TWTR) today confirmed it has received an unsolicited, non-binding proposal from Elon Musk to acquire all of the company’s outstanding common stock for $54.20 per share in cash.

“The Twitter board of directors will carefully review the proposal to determine the course of action that it believes is in the best interest of the company and all Twitter stockholders.”