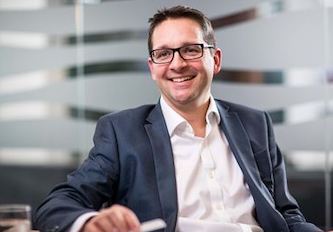 Industry body Scotland Food & Drink announced that its CEO James Withers has decided to step down after nearly 11 years in post.

Withers said he has no firm plans for he will do next except that he hopes to continue to “play a part in Scotland’s economic development story, in the food and drink sector and beyond.”

Scotland’s food and drink sector is worth about £15 billion.

Withers will remain with the organisation over the coming months to support the search for his successor and to work closely with the board, deputy chief executive John Davidson, and the rest of the staff team to manage the transition.

He is expected to step down as CEO around the end of August.

Scotland Food & Drink chair Lucinda Bruce-Gardyne said: “James has made a transformational contribution to our organisation and his impact has been felt across the food and drink sector in Scotland.

“When James joined us in 2011, Scotland Food & Drink was still in its infancy and the industry wasn’t always spoken of as a Scottish success story.

“Later this year when James departs, his successor will inherit a strong, well-established organisation, a talented staff body and a sector critical to the future of Scotland’s economy and communities.

“The board and staff will be very sad to see James depart, but we understand his decision and are very pleased he has agreed to stay and work closely with myself and the board to manage the transition.”

Withers said: “It’s never easy to know when the right time is to step down.

“But ahead of the development of a new industry strategy towards the end of the year, and with a strong foundation in place, this feels right.

“My successor will inherit an incredibly talented group of staff and committed partners across the private and public sector.

“I am sure a change will bring new opportunities for the organisation as well as me personally.

“I am not leaving for some months yet and there is a huge amount of work ongoing to develop the industry, respond to food security challenges and deal with the cost pressures on the sector right now.

“I have no firm plans for what I will do next.

“I hope to continue to play a part in Scotland’s economic development story, in the food and drink sector and beyond.

“It remains something that I am hugely passionate about.”