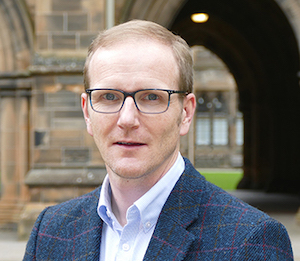 Following a vote in the Scottish Parliament, Kate Forbes, Cabinet Secretary for Finance and the Economy, sealed the appointment of Professor Roy as successor to the current chair Susan Rice.

Roy is currently Professor in Economics and Dean of External Engagement in the College of Social Sciences at the University of Glasgow.

Between 2016 and 2021, he led the Fraser of Allander Institute and was the Head of the Department of Economics at the University of Strathclyde.

The Scottish Fiscal Commission is a non-ministerial office. It produces independent forecasts and assessments of Scotland’s economy, devolved tax revenues and social security spending, designed to improve the transparency and scrutiny of the Scottish Budget.

Rice said: “Professor Roy has outstanding credentials to guide the Scottish Fiscal Commission as it continues to expand its responsibilities and build on its reputation as Scotland’s official and independent forecaster.

“I’m also delighted Dr Domenico Lombardi will be joining as a Commissioner, as he brings a unique and valuable international perspective to the Commission’s work.”

“The quality of the Commission’s work to date is a testament to those stepping down – in particular Dame Susan as its chair, and I look forward to playing my part in upholding its high standards and leading the Commission in its important work.”

Both appointments will begin on June 1, 2022, and run for four years.

The appointments are part-time and attract a remuneration of £477.92 per day for the role of chair and £343.92 for the role of commissioner and require a time commitment of 78 days per annum.

Serving Commissioners Professor David Ulph and Professor Frances Breedon have both been re-appointed for a further three-year term.

The Commission’s budget for 2021-22 is just over £2 million. Its chief executive since May 2017 has been John Ireland. Before he became a civil servant, Ireland worked on the UK and Scottish economic modelling in London and Glasgow, including a spell as Director of Strathclyde University’s Fraser of Allander Institute.