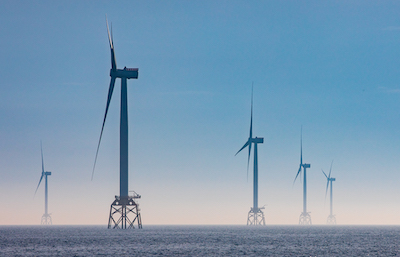 SSE plc, the Perth-based renewable energy and power networks giant, said on Wednesday its investment in Great Britain’s electricity infrastructure system could total in excess of £24 billion this decade as part of its Net Zero Acceleration Programme (NZAP).

The investment news came as part of SSE’s financial results for the year to March 31, 2022, showing profit before tax rose 44% to £3.5 billion.

SSE is proposing payment of a full-year dividend of 85.7p per share, up from 81p.

SSE shares rose about 6% to around £18.75, giving the Perth firm a stock market value of roughly £20 billion.

SSE is the largest listed company run from Scotland and the firm employs about 10,000 people.

In a statement, SSE cited analysis by PWC that found the Perth company contributed £5.8 billion to UK GDP in 2021-22, supporting more than 45,000 jobs directly and indirectly.

SSE said the analysis also found that for every £1 earned by SSE in adjusted operating profit in 2021-22, it made an economic contribution of £4 to the combined UK and Irish economies.

SSE CEO Alistair Phillips-Davies said: “Against the backdrop of a global gas crisis, we are investing far more than we are making in profit to deliver clean homegrown energy that will bolster security, cut emissions and make energy more affordable over the long term – with plans to invest more than £24bn in Britain alone by 2030 to help deliver Government’s ambitious targets.”

On the results, Phillips-Davies said: “This was a year in which our resilient business mix and balanced portfolio of assets helped us navigate volatile markets and meet our financial objectives whilst making record investments in the critical UK infrastructure needed to tackle climate change and deliver more secure, independent energy supplies.

“We set out in November our Net Zero Acceleration Programme, which acts as a floor, not a ceiling, to our ambitions and we are delivering on that plan at pace.

“In the context of a global energy crisis and intense pressure on the cost of living, we are helping to drive the build-out of vital electricity infrastructure that will reduce dependency on imported gas and help protect consumers from future price spikes, and in doing so we are investing significantly more than we are making in profits.

“We are delivering major projects, building pipelines, and have made inroads in Southern Europe and Japan as we export our renewables capabilities internationally to fulfil SSE’s considerable potential.

“Strategically, operationally and financially, SSE is well-placed to continue to create value for all of our stakeholders and wider society as we create the infrastructure needed to deliver net zero, secure energy supplies and ultimately drive consumer prices down.”

Neil Shah, director of research at investment research firm Edison Group said: “These results also highlighted the continued success of the group’s investment strategy, with net investment into Ireland and the UK infrastructure potentially exceeding £25 billion over the next decade and the company’s £12.5 billion strategic capital investment plan for FY26 on track.

“SSE’s strategic outlook for the future is based around the continued execution of its net-zero acceleration programme.

“Whilst SSE’S hydro assets performed strongly across the year, the overall adjusted operating profit of their renewable division was £568.1 million, down 25.2% on the previous year.

“However, senior management hope that increased investment in onshore and offshore wind farms will provide the company with more sustainable growth going forward.

“These results, however, come at an uncertain time for the company.

“Over the last week, due to increasing calls for the government to take more action to tackle the cost of living, the chancellor has ordered plans to be drafted up for a possible windfall tax on more than £10 billion of excess profits made electricity generators, including SSE.

“Senior management was keen to discuss the issue in these results following a 9% decline in the company’s London listed stock on Tuesday, using these results to highlight that SSE is one of the UK’s largest taxpayers and that it is the first FTSE 100 company to be awarded a Fair Tax Mark.

“With Ofgem predicting energy bills to rise £800 by October this year, it is unclear whether the chancellor will be as receptive to the arguments made by energy companies as he has been in the past.

“Amidst both macroeconomic uncertainty and this potential legislative scrutiny, SSE faces a difficult year ahead”.