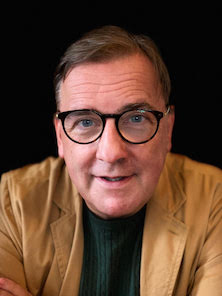 The Scottish Music Industry Association (SMIA) has announced the appointment of Ronnie Gurr as its chief executive officer with immediate effect.

Gurr will lead the SMIA’s executive team and work with the company’s board to support Scotland’s music industry recover and grow following the Covid-19 pandemic.

Gurr is a former journalist and music consultant who has worked in the music business since the 1970s.

As a teenager, he produced his own punk fanzine called Hanging Around before going on to write for the NME and Record Mirror.

He joined Virgin Records as a press officer in 1982 where he helped orchestrate the launch of Boy George and Culture Club.

He also worked as an A&R manager with Simple Minds, Danny Wilson, The Blue Nile, The Big Dish, Endgames and XTC.

On returning to Scotland, Gurr became involved in artist and event management and television and radio production.

He was then appointed A&R Director of Sony Music’s Columbia label — where he signed Kula Shaker and worked with artists as diverse as Michael Ball and Cypress Hill — before Sir Richard Branson re-recruited him to oversee the formation of his V2 record label, best known for the success of one of Gurr’s signings, Stereophonics.

He has also organised and coordinated the presence and showcase concerts of Scottish artists at the South By SouthWest music conference in Austin, Texas, Folk Alliance in Memphis and Kansas City and more recently at Canada’s East Coast Music Week over a number of years on behalf of Showcase Scotland Expo.

Gurr curated the Rip It Up: The Story of Scottish Pop exhibition at the National Museum of Scotland in 2018 as well as this year’s Don’t You Forget About Me: Celebrating Scottish Rock and Pop exhibition at Liverpool’s British Music Experience.

Gurr established the Hanging Around Books publishing imprint in 2017 to work with photographers and their archives in releasing rare and previously unseen images through an ongoing series of music-related photozine titles.

Sharon Mair, Vice Chair of the Scottish Music Industry Association (SMIA), said: “We are delighted to welcome Ronnie Gurr as Chief Executive Officer of the SMIA.

“Ronnie brings a wealth of experience along with a strong passion for Scotland’s music sector. We look forward to him working with our membership and partners on strengthening, empowering and uniting our industry, to drive recovery and growth in a post-covid landscape.”

Gurr said: “I’m delighted and honoured to be asked to lead the Scottish Music Industry Association.

“I look forward to helping shape our future activities and to working with both artists and colleagues across all of Scotland’s music businesses to assist collective progress and growth in challenging times.”

As a Creative Scotland Regularly Funded Organisation (RFO), the SMIA works “to create and nurture an inclusive membership community which reflects the full spectrum of Scotland’s music industry.”

With a membership of over 3,500 industry professionals, the SMIA represents Scotland’s music sector when speaking to Government, Parliament and development organisations, as well producing and supporting projects.

Earlier this month, the SMIA opened eligible album submissions for the Scottish Album of the Year (SAY) Award – Scotland’s national music prize – with 2022’s Ceremony taking place on Thursday 20 October at The Albert Halls in Stirling.