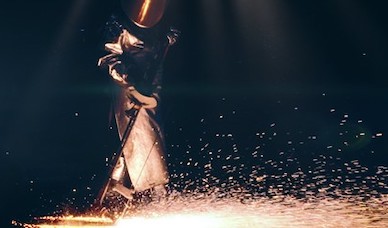 The UK’s Financial Conduct Authority (FCA) said it has published final rules for a redress scheme for former members of the British Steel Pension Scheme (BSPS) who received “unsuitable advice to transfer out.”

It said that as it now costs less to buy an annuity, the FCA now expects the average redress payout in the scheme to be lower than originally estimated, at £45,000.

The FCA said it expects that over 1,000 consumers will receive redress as a result.

It said firms will have to review the advice they gave and pay redress to those who lost money because of unsuitable advice.

Sheldon Mills, Executive Director for Consumers and Competition at the FCA, said: “We have consulted widely on a redress scheme for British Steel Pension Scheme members.

“We found that almost half the advice given to members was unsuitable – an exceptionally high level compared with other cases.

“Today we’re confirming the rules for the redress scheme, so that BSPS members can get the retirement they worked for.

‘We’re working to get the scheme in place quickly to end uncertainty for members. We will be watching advisers closely and have put in place checks so that consumers can have confidence that they’re being treated fairly under the scheme.”

The FCA is providing a tool that firms will have to use to calculate redress payments.

Firms will have to provide details of all cases rated as “suitable” to the FCA so it can check if consumers would like the Financial Ombudsman Service to independently review their advice.

Consumers should be contacted by their adviser between February 28 and March 28 in 2023, with advice being reviewed by the end of September 2023.

Firms should provide consumers with their redress calculation by the end of December 2023, if consumers opt to receive it as a lump sum.

If they opt to receive a payment into their pension they should receive the calculation by February 2024.

Customers of firms that are no longer trading should make a claim with the FSCS (Financial Services Compensation Scheme).

“Redress is calculated based on the money needed to top up a personal pension, so the consumer can purchase an annuity at retirement that provides an income similar to what they would have received had they stayed in the BSPS,” said the FCA.

“As it now costs less to buy an annuity, the FCA now expects the average redress payout in the scheme to be lower than originally estimated, at £45,000.

“The FCA is also proposing to extend its temporary BSPS asset retention rules so that the rules apply until firms have resolved all relevant cases.

“This will help prevent firms seeking to avoid the cost of redress liabilities – and reduce the potential burden on the FSCS.”