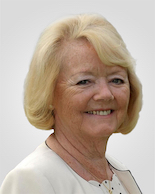 Calnex announced the appointment of Google Cloud boss Helen Kelisky as non-executive director of the company with immediate effect.

Following 13 years on the Calnex board, Budge has informed its board that she will step down on February 28, 2023.

“Ann was an early-stage investor in Calnex and was pivotal in bringing the Discovery Investment Fund syndicate as investors when the group raised seed investment in 2007,” said Calnex.

“Since this time, Ann has made a significant contribution to Calnex, in particular by supporting Tommy Cook, CEO and founder, as he sought to establish Calnex as a leader in the test and measurement sector.”

“Helen is currently managing director of Google Cloud in the UK and Ireland, responsible for leading its sales strategy and go-to-market sales operations,” said Calnex.

“Helen has been recognised as one of the 100 Most Influential Women in UK Tech, one of the top 50 UK Sales Leaders and currently sits on the board of Women in Telecommunications and Technology, a non-profit networking group focused on education and enhancing women’s careers.”

Calnex chair Stephen Davidson said: “We are excited to welcome Helen to the board.

“Her experience across the cloud and data centre world will undoubtedly be of immense value to Calnex as we exploit the growth in the testing market, with the need for greater efficiency and performance in data centre operations.

“On behalf of Tommy and the rest of the board, I would like to thank Ann for the valuable role she has played in Calnex’s growth journey, helping to establish a solid platform to support the group’s financial and strategic ambitions, and we wish her well for the future.”