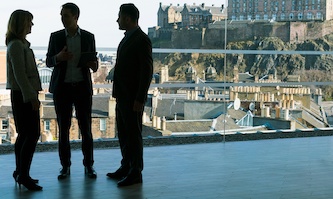 Scotland’s estimated employment rate — the proportion of people aged 16-64 in work — was at a record high of 76.1% in the September to November 2022 quarter, according to data from the UK’s Office for National Statistics (ONS).

Scotland’s employment rate was above the UK rate of 75.6%.

Scotland’s economic inactivity rate was below the UK rate of 21.5%.

The estimated unemployment rate (16+) in Scotland was 3.3%, down 0.5 percentage points since December 2019-February 2020 (pre-pandemic) but stayed the same over the quarter.

The Scottish Government’s Employment Minister Richard Lochhead said: “The employment rate in Scotland remains high despite the turbulent economic circumstances, including the continued impact of Brexit, high inflation and the cost-of-living crisis.

“The Scottish Government’s ambitious plans for Scotland’s economy set out in our National Strategy for Economic Transformation are built on ensuring everyone can thrive in a diverse and inclusive workforce.”