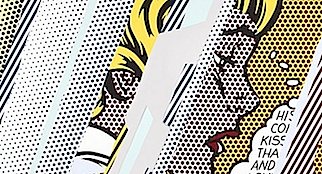 Scotland’s leading visitor attractions saw an increase in visitor numbers of 5.48% in 2015, above the UK average of 3.2% and London’s increase of 1.6%, according to The Association of Leading Visitor Attractions (ALVA).

ALVA said that overall, 124.4 million visits were made to the top 230 ALVA sites throughout the UK.

Edinburgh Castle was the most visited attraction in Scotland, ahead of the National Museum of Scotland for the first time in five years, with 1,568,508 visitors — a 5.9% increase.

The Royal Botanic Gardens Edinburgh saw a 10% increase which it credited to its “Lights” programme in the winter months.

Kelvingrove Art Gallery and Museum in Glasgow enjoyed an increase of 12.4% to 1,261,552 visitors.

Malcolm Roughead, chief executive of VisitScotland, said: “These really are spectacular results for Scotland’s leading visitor attractions and it is wonderful to see this country performing above the UK average.

“Our attractions play a vital role in Scotland’s visitor economy, with accommodation providers, restaurants, cafes and numerous other businesses also reaping the benefits of this continued growth.

“Last month, VisitScotland launched its first ever global marketing campaign, the Spirit of Scotland, which will inspire even more people to come here and explore our incredible array of attractions.”

Stephen Duncan, director of commercial and tourism at Historic Environment Scotland, said: “It’s great to see Edinburgh Castle at the top of the table in Scotland after another record-breaking year for the castle.

“We’ve seen particular growth in online and travel trade at the castle in 2015, and following a refresh of the castle website towards the end of the year, I’m sure this will continue.

“Both Stirling Castle and Urquhart Castle have also had record years, with each seeing a rise in visitors signing up for membership — showing that Scotland’s historic visitor attractions continue to be a vital component of the country’s tourism experience.”

“The current weakness of the pound to the dollar and Euro is making the UK a more affordable destination and 2016 is on target to be another memorable year for ALVA members, notably the National Museum of Scotland will see ten new galleries open on Friday 8 July, and later in the same month Facing the World | Self-Portraits from Rembrandt to Ai Weiwei will open at the Scottish National Portrait Gallery.”