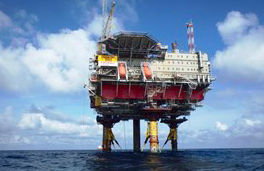 Grangemouth refinery operator Ineos said it agreed to acquire the Dong Oil & Gas Business from Dong Energy for up to $1.3 billion.

Ineos said the deal would position it as a top ten company in the North Sea and the biggest privately owned exploration and production business operating in the basin.

Last month, Ineos said it agreed to acquire the important Forties Pipeline System (FPS) and associated pipelines and facilities in the North Sea from BP for up to $250 million.

The 235 mile Forties pipeline system links 85 North Sea oil and gas assets to the UK mainland and the Ineos site in Grangemouth in central Scotland.

“Dong Energy’s oil & gas business brings with it a good mix of long life and development fields, producing an average of 100,000 boepd (in 2016) in the North Sea, with around 570 million boe of commercial and potential oil and gas reserves in Denmark, Norway and the UK (West of Shetland),” said Ineos.

“This business is very important to us at this stage of our growth plans and we are delighted with the expertise that comes with it.

“We have been successful in our petro-chemical businesses, focussing on operating our assets safely, efficiently and reliably and we intend to do the same with our oil & gas assets.

“We are keen on further growth and already see lots of opportunity within this impressive portfolio when it transfers to Ineos.”

Ineos said the portfolio of assets being acquired was built around three fields — Ormen Lange, the largest field in the Dong portfolio and the second largest gas field in Norwegian waters; Laggan-Tormore, a new gas field West of Shetland which came on stream early 2016; and Syd Arne, a large oil field in Denmark.