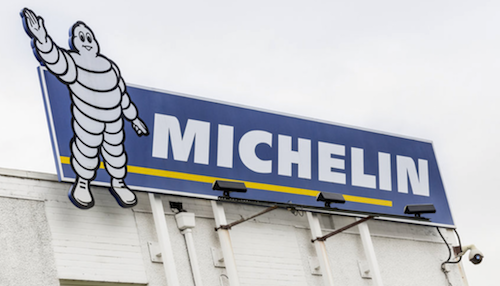 The members of the group tasked with exploring all options for the Michelin site in Dundee and its workforce have been announced by Economy Secretary Derek Mackay.

Michelin announced on Monday its intention to close its Dundee site — which employs 845 people — in 2020.

The Michelin Action Group will meet for the first time in Dundee on Monday, November 12.

“Despite confirming they intend to close the plant in 2020, Michelin have agreed to look in detail at any proposals for the future of the plant that are brought forward by the action group or trades unions, following the Economy Secretary’s intervention,” said the Scottish Government.

Mackay said: “I have been clear that the Scottish Government will leave no stone unturned in our efforts to find a viable and sustainable future for the plant and its highly skilled workforce.

“The Michelin Action Group will work tirelessly in the coming weeks to explore all options and provide Michelin with a proposition that demonstrates what support can be offered, be it business rates or financial aid, to help retain a presence in Dundee.

“Working with the workforce and industry experts, the group will examine how the plant could be repurposed for the future if Michelin decide to press ahead with the closure.”

Alexander said: “It is imperative that the membership of the Action Group reflects stakeholders, experience and those with an ability to find solutions. I’m delighted to say that I believe those identified do just that.

“This Action Group will hit the ground running with one focus, to retain Michelin’s footprint in Dundee. I want to thank the Scottish Government in particular, for their unwavering support for the workforce and the city at this difficult time.”

Full membership of the Michelin Action Group is as follows:

Advice will also be sought from a range of manufacturing leaders including Dr Hamid Mughal, Co-Chair of the Strategic Leadership Group of the National Manufacturing Institute for Scotland.

Membership of the group will develop as the work is undertaken with all relevant Ministers playing a full part.