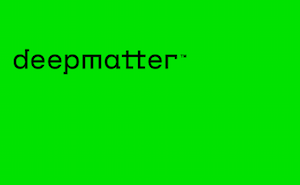 DeepMatter, which has a research relationship with the University of Glasgow, said it will pay for the deal via €0.36 million in cash and 68,400,000 new ordinary shares in the company.

DeepMatter also announced it intends to raise a minimum of £3 million by way of a proposed placing of new ordinary shares at a price of 2.5p per share.

DeepMatter CEO Mark Warne said: “Our aim is to integrate chemistry with technology, thereby enabling a greater use of machine learning and artificial intelligence and reaching a point where chemicals can be autonomously synthesised through robotics.

“Our first step towards this was the launch of our DigitalGlassware Pioneer Programme in 2018 and we have been delighted with its success.

“The platform is now deployed across seven Pioneer partners in three continents, providing valuable insight into the power of the platform and the benefits it can bring to the scientific community.

“The acquisition of Infochem will accelerate our strategy, bringing additional expertise, software tools and an existing sales channel, strengthening and accelerating the commercialisation of our platform.

“The net proceeds of the proposed placing will enable further technology development, including integration of Infochem’s cheminformatics capabilities into DigitalGlassware and an increase in our marketing activities, as we seek to expand our user base in 2019.

“We look forward to being able to welcome the Infochem team to the enlarged group and look to the future with confidence.”

On the proposed share placing, DeepMatter said in a stock exchange statement: “To date, the company has secured conditional irrevocable undertakings from each of IP Venture Fund II LP, IP2IPO Portfolio LP, and Ora Limited an entity controlled by Richard Griffiths, and a letter of comfort from an IP Group entity in relation to a co-investment partner, to subscribe, in aggregate, for at least £3.0 million in the proposed placing.

“This would take the IP Group Concert Party’s percentage interest in the enlarged issued share capital of the company to 36.1 per cent.

“The Panel Executive has confirmed that it will grant the waiver if it is approved by way of an ordinary resolution passed on a poll by the independent shareholders of the company at a general meeting.

“The company’s directors currently have the authority to allot shares for cash on a non pre-emptive basis equivalent to one third of the company’s issued share capital at 2.5 pence per share.”