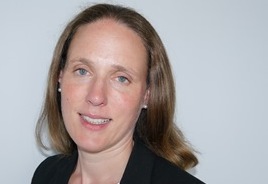 The Director-General for Organisational Development and Operations at the Scottish Government Sarah Davidson is to become chief executive officer of The Carnegie UK Trust.

The Carnegie UK Trust was established in 1913 by Scots-American industrialist and philanthropist Andrew Carnegie.

Davidson’s appointment comes ahead of the Trust beginning the development of a new five-year strategic plan, which will go live in 2021.

Chair of The Carnegie UK Trust John Elvidge said: “Sarah is one of the outstanding talents in the UK Civil Service.

“She combines a deep knowledge of public policy issues across the British Isles with a sophisticated understanding of devolution.

“She is an inspiring individual who understands the importance of working in partnership with our communities, something that is central to the Trust’s approach to improving wellbeing.”

At the Scottish Government, Davidson led around 2,000 staff with the goal of improving the delivery of corporate functions, implementing new Social Security powers and embedding an internal change programme.

She took a leadership role on diversity, inclusion and talent and was a member of the UK Civil Service Leadership Group, with particular responsibilities for talent development.

Davidson said: “The Carnegie UK Trust has a well-deserved reputation for the clarity and quality of its work.

“I am excited and honoured to be joining the Carnegie family and the talented team at the UK Trust, and I look forward to working with the Trustees on their ambitious plans for the future.”

Davidson replaces Martyn Evans, who stepped down in March after 10 years at the helm at the Trust.