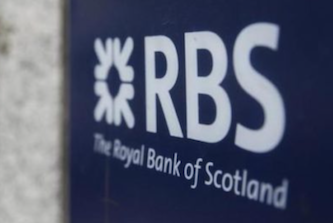 Royal Bank of Scotland (RBS), Barclays, JP Morgan, UBS and Citigroup are being sued by investors over allegations they rigged the global foreign exchange market, according to a Reuters report.

The case will be a test of US-style class actions in Britain.

The claim, estimated to be worth more than £1 billion, was filed at the Competition Appeal Tribunal (CAT), US law firm Scott + Scott said.

Major investment banks have already paid more than a combined $11 billion in fines to settle US, British and European regulatory allegations that traders rigged the currency markets.

The Reuters report said the lawsuit is being led by Michael O’Higgins, former chairman of UK watchdog the Pensions Regulator, and is being funded by litigation finance group Therium.

O’Higgins told Reuters the total value of the claim would depend on the number of forex trades executed in London for UK-domiciled units — which will be automatically included in the action — and the proportional impact of rate rigging on these.

“Even on a relatively conservative assumption it’s certainly a billion pounds and possibly several,” O’Higgins said.

“Markets should be fair as well as free and in this case the markets weren’t fair.”