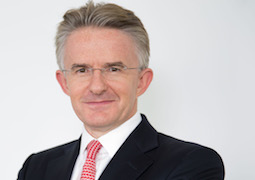 HSBC chief executive officer John Flint is to leave the group after just 18 months in the CEO role.

Analysts speculated that Flint’s departure was a result of differences of opinion between Flint and HSBC chairman Mark Tucker over the pace of executing HSBC’s strategy.

Tucker told Reuters a change of CEO was needed to accelerate progress in HSBC’s major strategic priorities, such as the turnaround of its US business.

“It’s the right time for change, and doing it clearly and decisively from a position of strength is very important,” said Tucker.

HSBC chief financial officer Ewen Stevenson — who recently joined HSBC from RBS — told Reuters the US business is not “getting the proper returns” that HSBC would like to see.

HSBC said in a statement: “HSBC Holdings plc announces that John Flint has today stepped down as group chief executive and as a director by mutual agreement with the board.

“Although not carrying out his day-to-day duties after today, he remains available to assist HSBC with the transition …

“The board has initiated a process to find a new group chief executive.

“The board will be considering internal and external candidates.

“During the search period the board has asked Noel Quinn to assume the role of interim group chief executive until a successor is appointed and to join the board as an executive director.

“The appointment is subject to regulatory approval.

“Mr Quinn is chief executive, global commercial banking, a position he has held since 2015.

“He brings a track record of business success, strong client relationships and deep global expertise from his 32 years with HSBC.”