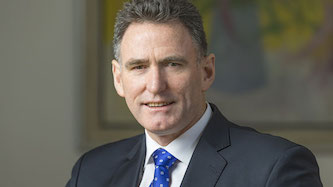 Outgoing Royal Bank of Scotland chief executive Ross McEwan has said RBS would move its headquarters to London if Scotland becomes independent because the bank would be too big for the Scottish economy, according to numerous media reports.

According to the reports, McEwan told an editors’ dinner: “I think … if you talk to the Scottish Government they would want us to take the plaque and move it to England because the balance sheet size of this thing would just be too big for Scotland – 730-odd billion, you can’t support it.

“So that would be the change, same as it was four years ago.”

Asked what moving the HQ would mean, McEwan said: “Not much at all. As long as we can get the good talent in Edinburgh this would stay one of our major centres.

“As long as the economy stayed competitive here and we could get talented people and they wanted to work here, not much changes.”