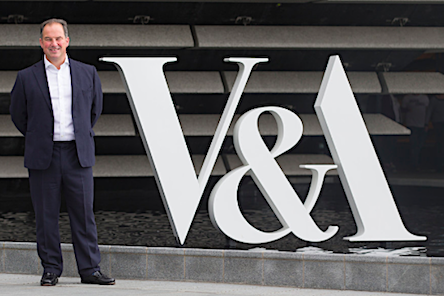 Dundee entrepreneur Tim Allan has been named as the new chair of the board of V&A Dundee.

Allan is the owner of Unicorn Property Group, which has invested in the regeneration of Dundee’s waterfront over the last decade.

Allan is also president of Scottish Chambers of Commerce and is on the board of the Archangels investment syndicate where he is an active investor in Scottish start-up businesses.

Philip Long, director of V&A Dundee, said: “I am delighted that the board has appointed Tim Allan as its new chair, at a particularly exciting moment as the museum prepares for its first birthday and looks ahead to an ambitious programme of international exhibitions in the coming years.

“Our founding chair Lesley Knox has contributed enormously to the many successes V&A Dundee has already enjoyed, from the architectural competition which appointed Kengo Kuma, to the foundation of Scotland’s first design museum and the remarkable moment when we opened to the world.

“On behalf of everyone who works at V&A Dundee, or who has contributed to the formation of this world-class museum, I would like to welcome Tim and give our sincere thanks to Lesley.”

Allan served as vice chair of V&A Dundee’s successful fundraising campaign for £15 million, the largest to date for a cultural project in Scotland.

He was a member of the Scotland Committee of the BIG Lottery Fund for seven years, and was formerly the Chair of Young Enterprise Scotland.

Allan said: “V&A Dundee has already proved itself to be a transformative project for Dundee, Tayside and Scotland, and I am very pleased to have been appointed chair of this world-class museum.

“This continues my relationship supporting the project over many years, including helping fundraise for V&A Dundee’s construction.

“As a business owner and investor I have seen the very real impact of V&A Dundee on raising international awareness of this great city, and I look forward to the museum continuing to support the regeneration of Dundee as well as attracting visitors from all over the world.”

Knox spent her career in finance and investment management and has been chair of V&A Dundee since its foundation.

She has been chair or non-executive director of a range of Scottish and international companies, most recently as chair of Grosvenor Group Limited.

Knox also sat on the boards of trustees of arts organisations for a number of years including the National Galleries of Scotland, the Federation of British Artists and the Museum of London. She is also a textile artist.

Knox said: “It has been a real privilege to have been involved in the creation of V&A Dundee.

“The support we have been given by our founding partners, the Scottish Government and our donors made this incredible project possible and has been matched by the enthusiasm and creativity of everyone in Dundee.

“I look forward to V&A Dundee being even more successful over the years to come.”