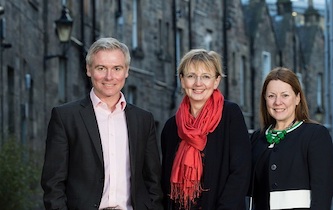 Archangels, the Edinburgh-based business angel investment syndicate, said on Friday it recorded another active year of investments in Scottish start-up and early stage companies in the tech and life sciences sectors.

The syndicate was involved in investments of £14.8 million compared to last year’s record £22.4 millio.

It directly invested £8.2 million across the year and was lead investor on a total of 10 funding rounds.

Scottish Investment Bank (SIB), the investment arm of Scottish Enterprise, was the syndicate’s largest single co-investor in 2019 at £3.9 million with co-investment from other organisations including NVM, Par Equity and Tricap.

Most funding rounds completed by Archangels during 2019 were follow-up investments including Administrate (£3.4 million), Blackford Analysis (£1.6 million) and MGB Biopharma (£1.1 million).

“However, Archangels stuck to our founding principles of taking a long term, patient approach to building businesses in Scotland; providing growth capital but also access to our networks, experiences and wider support which are fundamentally important to scaling companies.”

Archangels now has 17 companies in its portfolio.

It initiated investment in one new company in 2019, leading a £2 million investment in Edinburgh-based digital marketing agency QueryClick, supported by SIB.

Earlier this month, the syndicate sold its 23% shareholding in Bellshill-headquartered document outsourcing specialist Critiqom as part of the trade sale of the business to Opus Trust Communications.

Archangels also disposed of its shareholding in Borders-based timber frame house manufacturer Oregon Timber following the purchase of that business by Barratt Homes.

It was a successful year for many of Archangels investee companies, with Speech Graphics — in which Archangels initiated investment in 2018 — being voted start-up of the year at the Scottish Tech Awards.

MGB Biopharma reached a significant milestone with the initiation of a Phase IIa trial of its bactericidal antibiotic aimed at treating clostridium difficile-associated diarrhoea.