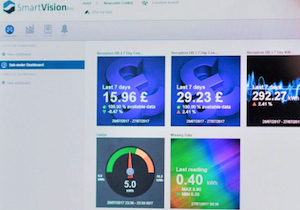 The firm said it continues to be in discussions regarding the sale of a minority of the group’s meter assets.