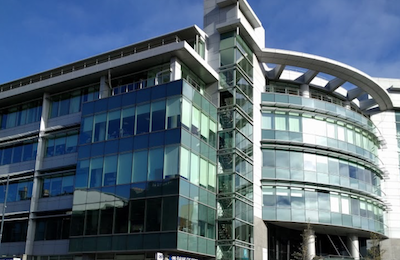 Bank of Scotland’s base at Tollcross in Edinburgh has been put on the market for over £80 million, according to a report in Property Week.

The report said the Princes Exchange and New Uberior House office development was previously under offer to Korean investors through an off-market deal but is now back on the market at the decision of the vendors, Johannesburg-listed MAS Holdings.

The 158,000 sq ft building is let to the Bank of Scotland over several leases, all of which expire in December 2025.

The annual passing rent for the asset is around £4.2 million.

Roebuck Asset Management bought the development on behalf of MAS Holdings, a subsidiary of MAS Real Estate, for £71 million in 2018, reflecting a net initial yield of 5.81%, the report said.

Knight Frank are acting for the MAS Holdings.